How it all began
When Don Bosco began his work for young people he entered a world where young people were second-class citizens. They were the neglected lot, the ones who were more of a nuisance than a value. He changed that scene and made young people feel special. He had to start the difficult way: just wandering through the streets of the industrial city of Turin (Italy) to find these young people, who were often loitering around almost aimlessly or perhaps with intent to cause disruption or disorder. He soon found out that many of these young people were certainly not bad or evil- intentioned. He gradually got to understand that a bit of care and a little physical protection could do wonders.
He tried his best with the limited resources he had to organize spaces, and later a few makeshift shelters where he could gather groups of young people. His intention at the time was to impart some moral education to them while offering them entertainment as well. He devolved his style of work and his general philosophy from the experiences of those early days, where he believed that if he gave young people what they wanted (usually some simple form of play or entertainment) then they would give back what the educator wanted: which was more organized instruction geared towards becoming good citizens. He coined his own word, ‘oratorio’ (an Italian word), which broadly meant: a place of refuge (safety) and of prayer. The word has come to stay, even in its translated form (from Italian), to be ‘Oratory’. As it was essentially a place where young people gathered; the more modern term for such places today is ‘Youth Centre’. This then became the hallmark of Salesian work, especially if it was pioneering in any way.
In Salesian College the first Oratory was the ‘House Oratory’ started on the grounds of Salesian College, where it flourished from 1938 to 1942, the year when most of the Salesians (who were either Italian, German or European) had to go to concentration camps, or ‘internment’ as it was called. The Oratory was then revived soon after the war ended, in the early fifties, but it was confined mainly to the playgrounds of the College, or the ‘House’ as it was called.

Developments and Issues
As money was always the basic requirement, each youth centre was encouraged to raise funds for its own activities. Some of them went quite elaborate and even contacted foreign funding agencies like Missio, IGSSS, etc. for assistance. Quite a few community development projects were done with the help of CRS food for work programmes. Roads have been repaired or even newly made or paved with stones through these projects.
Youth Centres have also had their fair share of problems. Some youth centres had to be closed down because of interference from political parties or due to infighting among the villagers themselves. Lack of support from the local elders and lack of personnel (i.e. especially not a sufficient number of Brothers to take up a centre) were the other causes. Most of the Brothers of course faced the problem of linguistic barrier. Nepali is the local medium and some Brothers found it hard to get to grips with a new language in the middle of the demanding studies (dual degree) they were engaged in. Some others didn’t think they needed to invest time and effort on a new language which they may not use again, once they left the College. However, the College authorities have taken steps to address this by organizing holiday classes in spoken Nepali. Each batch as they come in to join the college have an initial in loco intense language learning programme in one or the other village centres where there are facilities to house a group of 20-30 students.
But it is clear to see that the Youth Centres are here to stay: and the Brothers are enthused into doing whatever they can to keep them alive. They believe the College motto ‘flamma ardens et lucens’ (the flame that burns and shines) urges them on to continue serving the youth around them so that they (the Brothers) can make their (the young people’s) world a better place to live in. The Youth centres had their own flags and a common motto: ‘Be Good and Do Good’; with an anthem that celebrated the beauty of the valley visible from the precincts of the college.

Youth Fest
One of the ‘off-shoots’ of the Youth Centre programmes is the Youth Fest. It is an annual event for The Youth Centres. Calcutta has a Youth Fest for schools in and around Calcutta and has almost unrestricted entry to members of schools and organisations. The Salesian College Youth Fest allows for the participation of 15 to 20 members from every Youth Centre. The Youth Fest is a full-day programme in which young people from various centres spend a day together studying themes like ‘Better Youth, Better Society’, or ‘Today’s Youth, Tomorrow’s Society’,
‘Youth Problems Today’, or ‘Youth For Peace’, etc. This helps these young people deepen their awareness of societal conditions today. The organizers use group dynamics, music performances, drama and dance, and also prayer-sharing exercises. Youth Fest was first introduced in 1981, when around 300 young people participated. 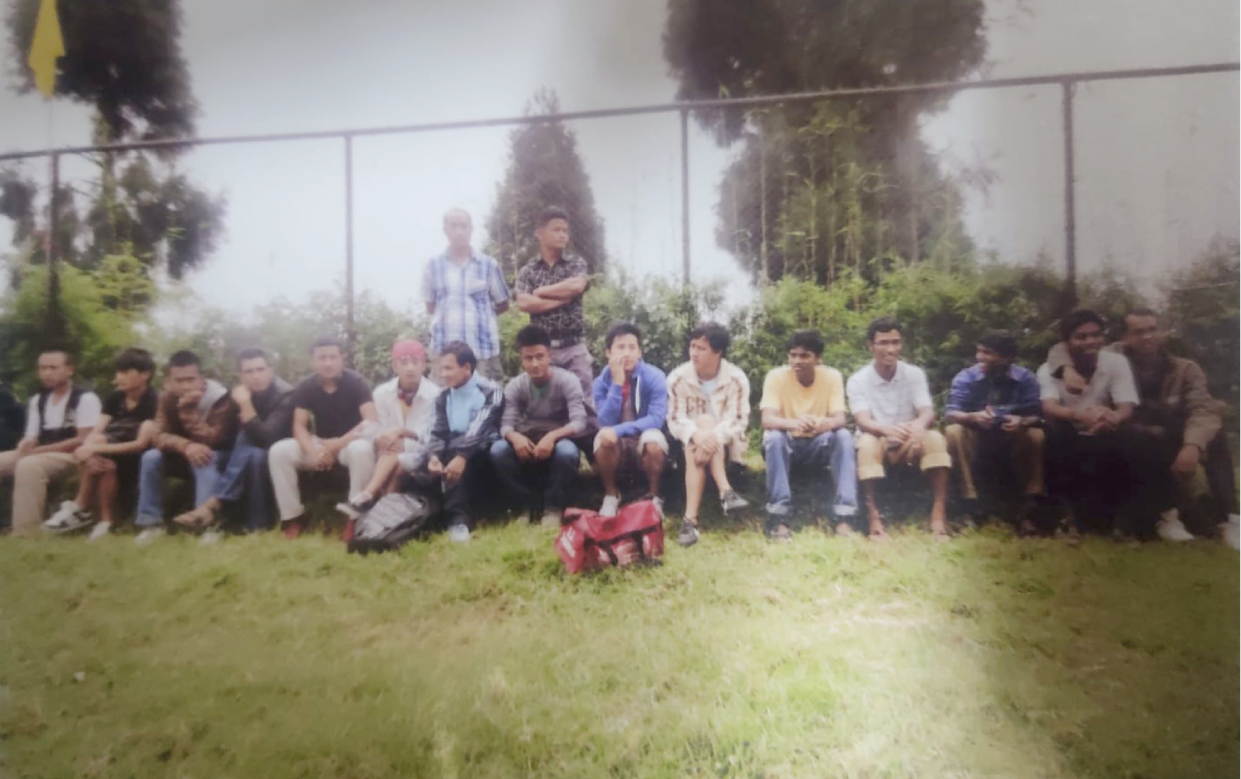 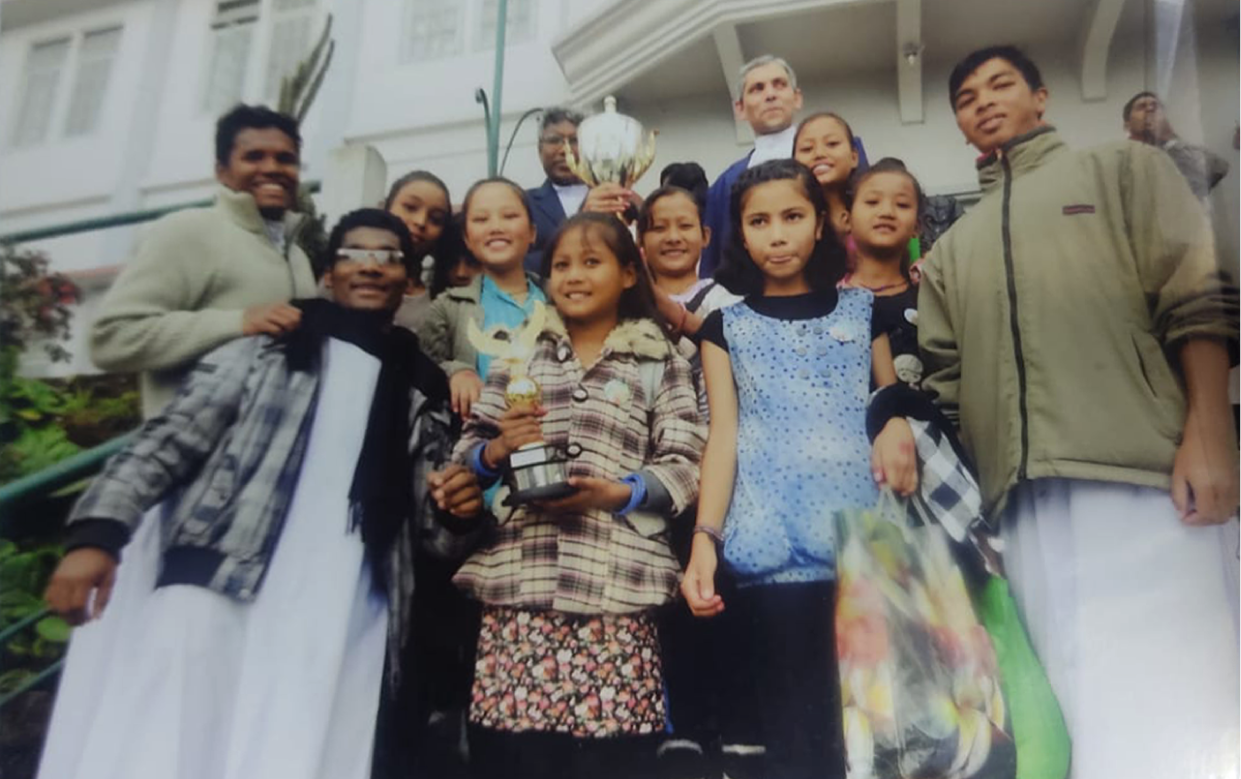 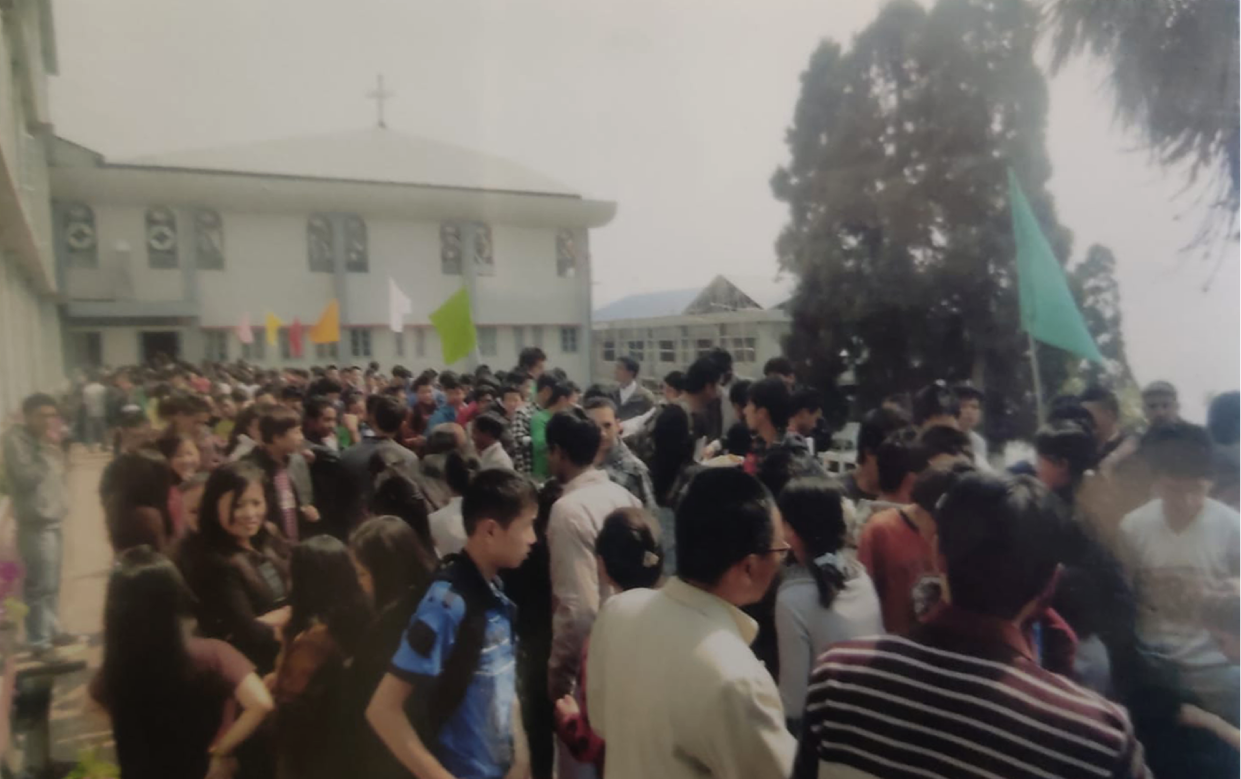 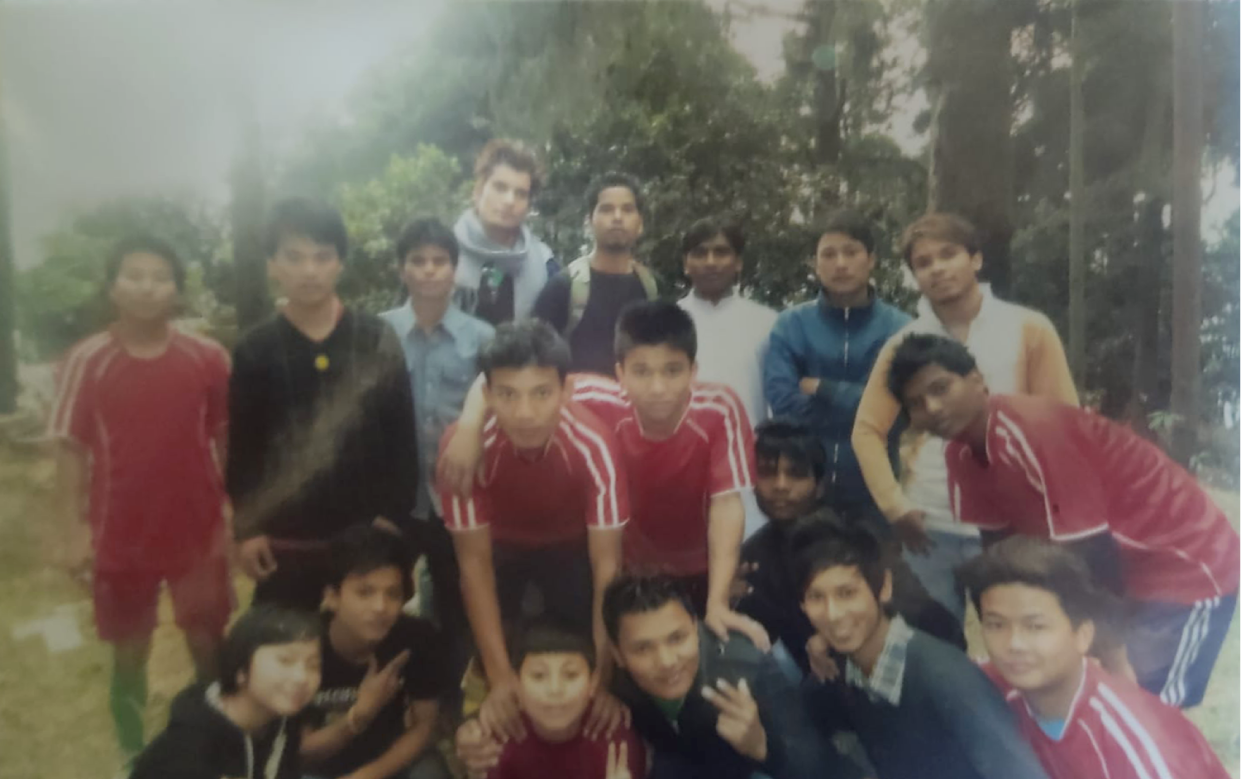 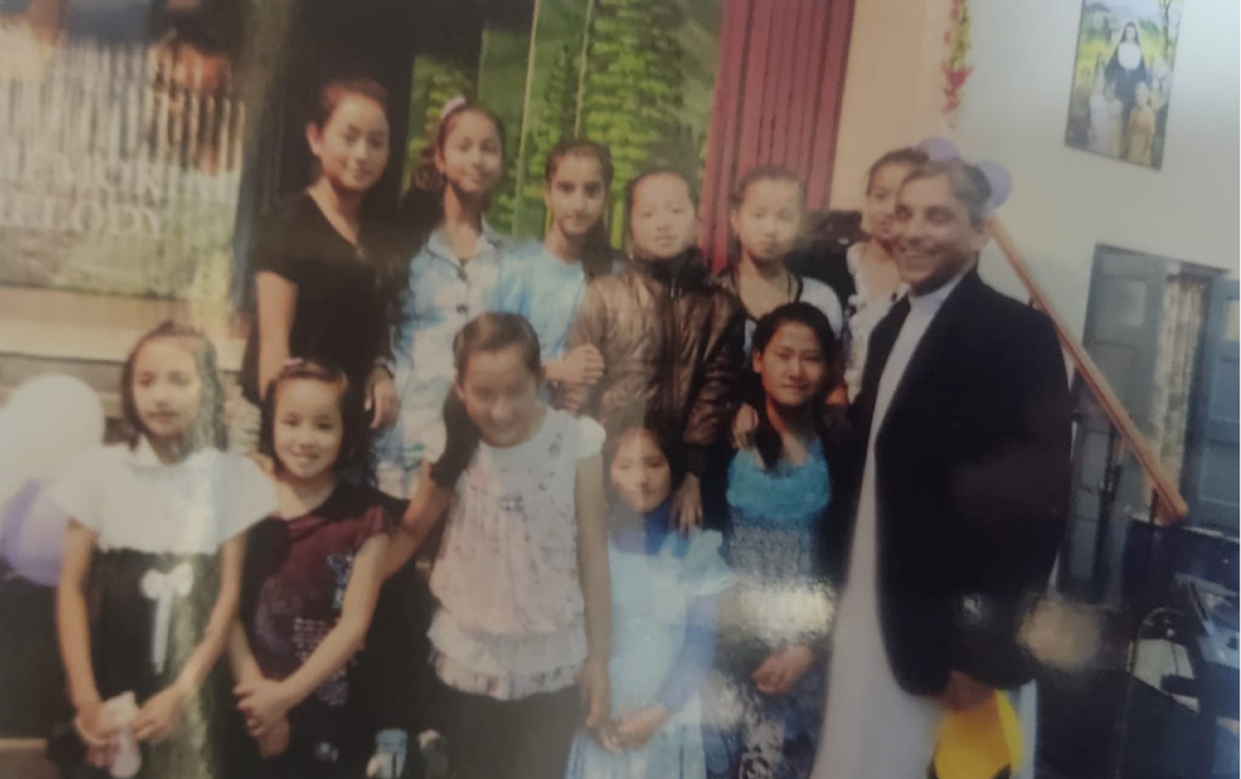 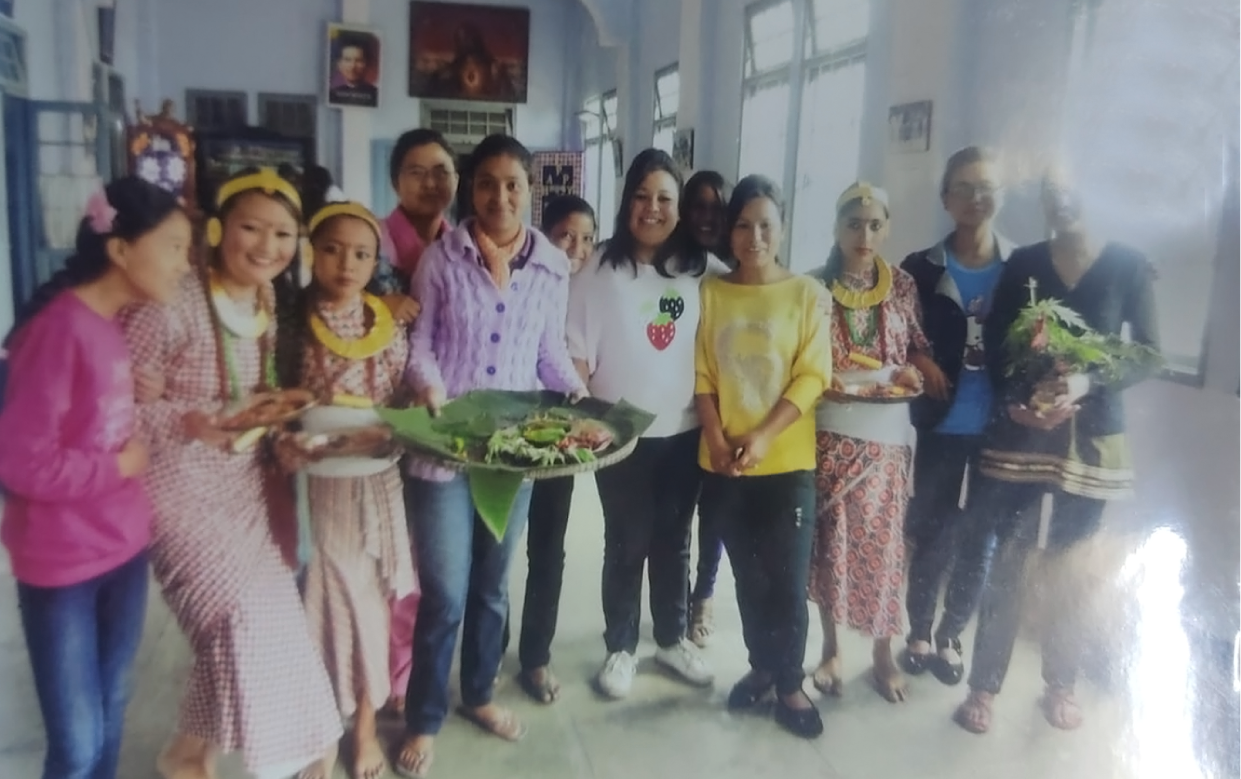