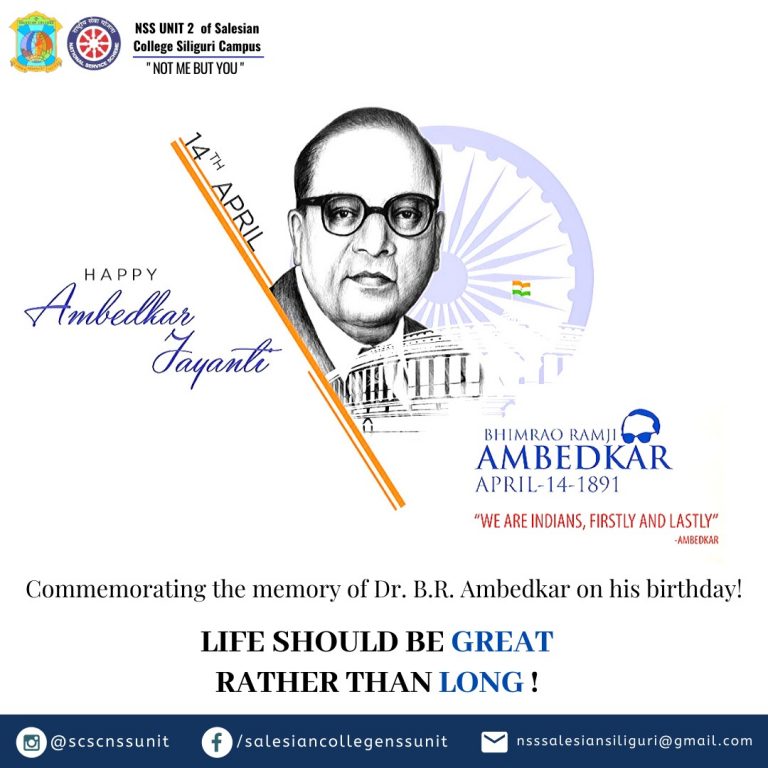 Dr Ambedkar, heralded as the Father of the Indian Constitution was born on April 14, which is observed as Ambedkar Jayanti year on year. The Constitution of India, which contains the fundamental laws and principles of the Indian Democratic Republic was drafted under the chairmanship of Babasaheb Dr Ambedkar.
Today, the nation celebrates the 129th birth anniversary of Dr Ambedkar, who was born on April 14, 1981. On April 14, 1990, the Indian Government honoured Dr Ambedkar with the most prestigious Bharat Ratna Award. The year stretching from April 14,1990 to April 14,1991 was celebrated as the ‘Year of Social Justice’ in memory of Dr Ambedkar.

Dr Ambedkar strongly believed that the unity and solidarity of the country can be maintained in the long run only when the gaps between the different classes were equalized. Dr Ambedkar highly emphasized the religious, caste and gender equality. The reservation system we find in the Indian constitution was purely the brainchild of Dr Ambedkar who thought of it as a means to create a social balance among the different classes of the population in India.

We the member of NSS SCSC are proud and we respect the contributions that Dr. Ambedkar had made for our country and its constitution. We wish every one a very Happy Ambedkar Jayanti.