The English department, one of the oldest departments of the college, promotes an inter-disciplinary, non-canonical approach towards literature. It encourages students to go beyond the traditional genres of literature and explore other literatures in English and translation. The department started its MA English program in 2016 and plans to introduce research programmes in literature in order to facilitate meaningful research in the North Bengal region. The Department is committed to promoting inter-disciplinary research and imparting the CBCS curriculum in keeping with contemporary critical approaches in literature. The courses currently offered by the department are: BA Honours in English literature, Elective English for BA General Degree Course students, Communicative English for the COP programme and Masters in English literature.

The Department of English (UG & PG) of Salesian College envisages to empower the students to develop and build knowledge of the content and methods of literary studies, academic, professional, creative and critical reading/ writing thereby championing in undergraduate/ postgraduate research, knowledge creation and reaching to the marginalized.

1. To provide appropriate pedagogies in keeping with the signs of the time
2. To help students develop criticality of the text by way of presenting/writing research papers for (inter)national symposia, conferences etc
3. To give students a sense of themselves as citizens of a larger community by encouraging participation in service learning
4. To assure that students encounter creativity crucial to English studies through theatre productions, readings by professional writers, and their own creative and critical production and presentation.
5. To balance the needs of general education – communication, diversity, global perspectives, inter(trans)disciplinary studies
6. To value faculty scholarship and service through greater support for and participation in activities of the profession.

1. Convey knowledge of literary history, literary forms, literary theory, and a wide variety of texts and a wide array of vocabularies and practices used to consider them
2. Give students an understanding of an appreciation for the English language and literature
3. Provide students with sophisticated writing and critical thinking skills useful not only in the academy but also in the world at large
4. Offer opportunities to explore identity, values, manners, and morals through different engagements

1. Know the details of the history, development and growth of English language.
2. Know about various innovative ways of using English language in verbal and non-verbal communications.
3. Write clearly, effectively, and creatively, and adjust writing style appropriately to
4. The content, the context, and nature of the subject.
5. Think about the relations between language and literature
6. Know about how English language if different and has shaped overtime
7. Develop the skills required for Creative Writing.
8. Have the skills and abilities to write formal and informal letters, job applications, notices, etc.

1. Read and understand about the rich classical texts from Greco-Roman literatures as well as Indian literatures written in Sanskrit, in translated versions.
2. Trace the nature of influence that all the classical texts have on modern English literatures both in British and Indian writings in English.
3. Appreciate these texts as a source of great wisdom.
4. Understand the basic ideas behind comedies and tragedies
5. Interpret the classical texts from contemporary points of view.
6. Know about the development and history of Indian English Novel and Poetry
7. Understand the relationship and influence of British Modernism in Indian Literature
8. Understand how Indian English Literature is unique from other literatures.

1. Trace the history of English Literature from Old English Period to 19th century.
2. Critically understand the implications of various Authors, Poets and Dramatists who have helped shape the cannon of British literature since ages.
3. Know about the social, political, historical and economical movements that helped shaped literature, and also trace the development of human civilization and culture under these fields.
4. Learn about various movements that affected the literatures.
5. Know about the interconnections and interrelations across disciplines and cultures
6. Know about the biographical details of authors and how one poet or author had been influenced by another

1. Learn how and on what grounds women’s writings can be considered as a separate genre.
2. Read and understand canonical texts written by Women writers across different ages and cultures.
3. Differentiate between sex and gender, and problematise gender as social construct
4. Be aware about the issues and concerns of the women writers of the developed, developing and under-developed countries.
5. Trace the development of literary and political movements based on women’s activation
6. Understand the core ideas of feminism and the criticism of patriarchy

1. Know the concepts of the Modern/Modernity/Modernism and differentiate between them.
2. Know about art history.
3. Study the various movements that helped shape the Modern Period like Imagism, Expressionism Symbolism, Dadaism, Surrealism, etc.
4. Trace the growth of modernism and find connections in an inter-disciplinary approach.
5. Acquaint themselves with the great tradition of modern European drama.
6. Examine various literary techniques that writers of 20″ century use in writing their texts, and demonstrate an understanding of these techniques.
7. Reflect upon the world wars and crisis that the world has undergone during 20th centuryand the constructive role of literary activism/movements in restoring/ questioning the human condition.

1. Learn about the history of literary criticism since the Greeks to the Modern Literary Criticism and various literary theorists and theories.
2. Apply critical and technical theory to interpret and analyze, thus formulating arguments about literary and other critical texts.
3. Develop critical thinking.
4. Understand the postmodern movement and reflect on the non-fixity of meaning of literacy texts.
5. Be acquainted with philosophers and literary theorists who had developed different ways of approaching a problem and apply that to texts as well as interpret society and culture under a theoretical lens.
6. Develop a skill in applying various literary theories in interpreting a specific text.

1. Know how a literary text, explicitly or allegorically represents various aspects of colonial oppression.
2. Question how does a text uncovers the problems of identity.
3. Learn about the history, politics and psychology of anti-colonialist resistance.
4. Trace the history of post-colonial movements in India and various authors who were post-colonialists.
5. Locate and represent subaltern voices through their own writings.
6. Know about Other Literatures and New literatures that developed after the colonial period ended.

1. Know about how and why Indian literature emerged as a distinct field of study.
2. Trace the development of history of English literature from its beginning to the present day.
3. Interpret the works of great writes of Indian writers in English and understand what influenced them.
4. Have a greater understanding of culture, tradition, politics and society that the various Indian authors are a part of, and have a critical idea of the undercurrents behind the literary texts and movements that emerged in India.
5. Develop a taste for contemporary Indian Fiction and Poetry.

1. Know the meaning of Popular Literature and its distinct characters.
2. Have an appreciation of the “Popular” literary texts.
3. Understand how formulaic elements create the ideal world without limitations oruncertainties in readers’ imagination.
4. Have a deeper understanding for the need of popular literature and realize the literary merits and aesthetic experiences of reading popular fictions. 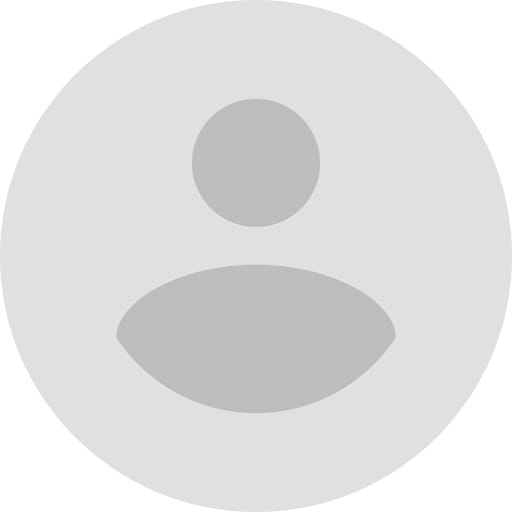