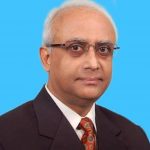 Former editor of The Herald – a Calcutta based national weekly, Fr Paul was director of the Salesian News Agency (ANS) in Rome. He served two terms as last president of Catholic Association for Radio, TV & Cinema – Unda/OCIC India and first president of SIGNIS India.

A journalist since 1981 he worked with South Asia Religious News (New Delhi), Union of Catholic Asia News (Bangkok) and was accredited journalist with the Vatican Press Office (Rome). He was also a member of the Central Board of Film Certification, Calcutta, and is founder member of www.mattersindia.com news portal.

Winner of the prestigious “Media at the Service of the Gospel” Award 2010 at the International Catholic Film Festival of Warsaw (Poland) Fr Paul was director of the first two Mother Teresa International Film Festivals held in Kolkata (2003 & 2007). 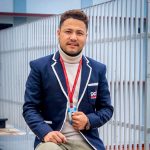 Samir Chhetri from Sonada is a renowned Radio Jockey and is currently Program Coordinator & Radio Jockey at Radio Salesian 90.8 FM.

Academically a literature Graduate, his radio journey started in the year 2008 with No.1 FM station of North Bengal & Sikkim – Radio Misty 94.3 FM & 95 FM , where RJ Samir became a household name. He also worked at Gadhimai FM, Nepal, and soon became an overnight sensation.

His personality is an amalgam of ethnicity, integrity and humility which reflects in every work he does. These qualities and honest diligence have positioned him at a responsible and respectable place.

At Radio Salesian 90.8FM he hosts Hamro Bhaka Hamro Sanskritiwhich is all about folk tunes and culture. His second show Shrasta ra Srijana airs interviews of legendary Nepali artists. His third show Kathai Katha is all about narration of social and moral stories in soothing voice of RJ Samir. He also shares mike with fellow RJ in his show Naulo Bihani covering general topics. Samir Chhetri, an epitome for all makes us believe that a seed of dream once sowed sincerely and passionately will definitely be fruitful. 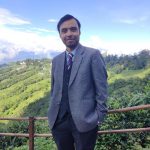 Hi, My name is Bryan Kerr and I am the Sound Engineer/RJ at Radio Salesian 90.8FM. I am also the Head of the department of Computer Applications at Salesian College, Sonada. I like listening to music and playing guitar and keyboard. I am also in a band named Revelation. I like having fun and spending my time browsing the internet. It feels great be a part of the Radio Salesian team.

Apart from supervising the sound related stuff here at the station, I host two shows as well.

Stories behind music: I also co-host the show Stories Behind Music along with RJ Sumina. This show is all about music and stories behind them. The show not only talks about great songs and artists but also about songs written for a particular theme like love, peace, humanity. So for all those who are hardcore music lovers this is the show that you definitely would not like to miss. 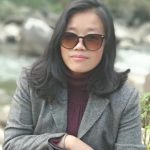 Hello Namaste, this is RJ Rejina Rai, resident at Ringtong Sonada. I host programme ”Bal Manjari” and ”Krishi Utthan” as well as co-host live shows like ”Naulo Bihani”, and ”Samarpan”.

I have done my graduation from Sonada Degree College in 2013 and completed my Masters in Nepali language from North Bengal University in 2016. I have also two years of teaching experience from ”Grace Academy English School” as well as one year experience in Nepal.

To describe myself as a person – I am loyal to my work and my greatest strength is my family. I have a keen desire to serve my community and Radio Salesian gave me this opportunity to fulfill my dream and now it has become a part and parcel of my life.

I firmly believe that there should be equality in a society. So, let’s begin from our own home to eradicate inequality. Walk every step of life with self-confidence and live life to its fullest. Be honest and be happy. 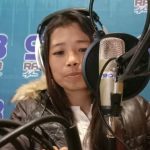 Hello its me RJ Smriti Rai from Ringtong Sonada . I host programmes Sasakta Nari, Krishi Utthan as well as co-host live shows. From my schooldays, I used to write small scripts and poems. As time passed, life unfolds me with a new chapter of my life i.e Radio Salesian a new platform which allows my writing skill to create something new and useful.

I cordially respect my culture and traditions and Radio Salesian gives me an opportunity to serve my community and this was the turning point of my life.

A post graduate in English language from North Bengal University [2016] I have also done Education in Human Values [Bal Vikas]in 2004.

I also have served as an assistant teacher for two years in Grace Academy English school. I believe that if we do anything in life with our pure heart and work hard we will be the winner. Believe in yourself and have faith in God. TIME and tide waits for none so make the best use of it and enjoy your life with the flow of time . Take nothing but memories, leave nothing but footprints, be always positive, and live and let live, and keep smiling. 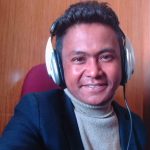 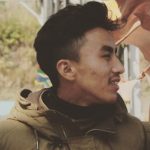